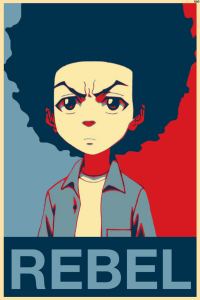 This past semester I experienced a horrifying incident where the professor of the Readings in Feminist Theory course I was taking (a graduate course in  Global Gender Studies) assaulted me in class in front of my fellow classmates.  The professor is a White woman, tenured professor, & known for her Liberal Feminism in the department & subtly known for her White supremacist racism. While this professor did assault me & I reported it through the appropriate channels (the Office of Equity, Diversity, & Inclusion…& I could write a blog post on why I have a problem with the name of this office), the university did what it does best: COVER ITS OWN ASS.  While talking to a fellow graduate student, about some of the big problems with dealing with systems of domination while in graduate school & a student of color, we both began discussing how somebody needs to start leaving tips, suggestions, clues, and advice to fellow PoC and other oppressed groups (e.g. poor, disabled, LGBTQIA*, etc.).  I had even discussed with a few fellow PoC graduate students the idea of writing a book about my experiences as well as the experiences of other PoC graduate students suffering under the oppressive thumb of academic departments and/or vicious professors.

Since that traumatizing incident on October 8th, 2013 the EDI office  conducted a “Discrimination & Harassment” investigation & in that investigation they interviewed the professor who claimed that:

My response to hearing these lies were simple:

So what I have below is something simple, my reflections and suggestions about what you CAN do if you end up in similar circumstances as I did (& if you are a WoC, especially a Black woman, you most likely will).  I have outlined some lessons that I have learned from my recent experiences as a poor cishet Black woman attending a predominately White University.  You can believe these and take them to heart if you want to or not, its all up to you.  But I will say I think its about time to start arming PoC graduate students so they know that when they do come at us, we won’t go down without a fight. 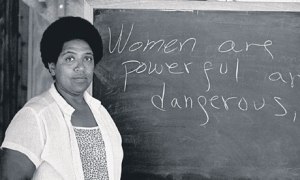 Okay, whether you like it or not you are a threat.  You know why? You’re Black & smart.  That’s not supposed to happen.  You’re supposed to be somewhere doing stereotypical shit.  But NO you’re in a graduate class, the only Black person & you’re an intellectual bad ass, & by default embarrassing the fuck out of all the privileged people in the room.  So, you are a threat and dangerous, you challenge the status quo, and everybody knows it at some level in your class so whether you SPEAK UP or SHUT UP you still have a nice fat BLACK TARGET between your eyes.

Damned if you do, damned if you don’t.  If you shut up  & let ignorant oppressive messages be spewed out of privileged mouths, you will suffer eventually, they will see you as a push over & eventually target you directly with a sexist, classist, or racist comment.  This happened to a young Black woman in one of my classes this semester who decided to stay quiet & float under the radar in class to avoid the drama of racism.  She didn’t say much, she stayed to herself & figured that White people would leave her alone until one day in class the White male professor called himself using her as an example & saying to everyone in class (who were all White) that she had a “slave name”.

Your degree(s) won’t protect you at all.  Just ask literally any person of color with a degree.  Hell, ask Richard Sherman.

GO IN STRAPPED: “If you are silent about your pain, they’ll kill you and say you enjoyed it.” – Zora Neale Hurston 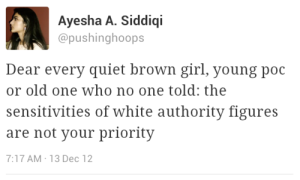 It is NOT your job to tend to the sensitivities of White authority figures.  Your job is to produce scholarship & the highest quality of scholarship is critical and counter-hegemonic.  Do not let them box you into a category or make you feel uncomfortable, you have gone through too much, you have paid too much to get to where you are. You can either resist oppression by building pro-political liberation & equity as an atmosphere in the classroom for yourself or you can deal with the hostility of the privilege and racism created by others in class, its your choice.

“When people fight you to shut you up about a topic like race—and sexism, it means that you have stumbled upon the cultural silence that must be patrolled in order to maintain hegemony.”
— Junot Díaz

(2) Use your own comfortable language

Will & I both do this frequently in class. ” You say gargantuan, I say big as fuck.”  Simply, we use the same language we would use with people in our own communities.  Why?  Well it throws people off, deconstructs the conversation & also allows you & other students of color to work in a realm of your own epistemology & knowledge production.  So instead of you sitting there, using rhetoric that you find annoying or uncomfortable you can feel empowered communicating as you please.  Please DO NOT mistake this as “dumbing down”, this is removing discussions in class from narrow Western Intellectual Epistemology, & utilizing a marginalized/silenced epistemology or form of knowledge.  Speak from your own experiences, speak from knowledge of the experiences of the marginalized.  Don’t let anyone in your presence get away with theorizing for cishet middle class White people’s sake.

(3) The University’s Diversity/Equality Guidelines/Policies Have LARGE LOOPHOLES AKA These rules weren’t made to protect YOU (Students of marginalized status, especially Black Women)

When I went to my final meeting with the EDI (Equity, Diversity, & Inclusion) Office I was told that the conclusion of their investigation was that they could not make a definitive argument that the motivation behind the professor’s actions were racist (because I am Black) and/or intersectionally racist & sexist (because I am a Black woman).   I communicated that I understood HOW the EDI Office came to their conclusion even though I don’t agree with it at all.  You see, the EDI Office can NOT come to the conclusion that ANY incident is or isn’t racist unless a racial slur was used or there was a student in the EXACT same situation as you BUT White who got different treatment.  Meaning that because the professor didn’t spit out overt racial slurs & there wasn’t another student in class who used a tablet, they stated that they can’t determine if the incident was racially motivated because they are left with nothing to measure it against.  Yesterday I asked the people at the EDI office “Can you define racism?” They said “No.” I then replied,”That is why your investigation came to the conclusion that this incident wasn’t racially motivated.  How can you look for and/or fight an enemy that you can not identify?”  They aren’t equipped with the appropriate knowledge & expertise to provide students with justice, those offices simply aim to provide “a negative peace which is the absence of tension” and not “a positive peace which is the presence of justice” (MLK Jr. quote).  Offices like EDI are needed yes BUT they fall short.  HOW?  Well, the discrimination & harassment policies aren’t all that preventative, partially because those policies don’t directly address racism and intersectionally oppressive micro- &/or macro-aggressive incidents.  The EDI office’s policy for discrimination & harassment institutionally reacts against OVERT racism only.  Their pamphlets, policy, & information have definitions of discrimination, harassment, & retaliation BUT NO definitions of racism, White supremacy, sexism, cisheteropatriarchy,  intersectionality, or ableism for example.  So what ends up happening is that when a student of color ends up in a situation like mine, they end up on the losing end with no justice while an individual with institutional privilege (White, Class, Educational, & otherwise) like that of the professor is in the clear with her job, career, & professional status intact.   So, incidences of covert racism with pervasive rhetoric & acts ends up falling in a huge band of grey between the clean slate of no racism & the dirtied polar end filled with KKK hoods & burning crosses; & lets keep in mind that a tier 1 research university’s policies can’t decipher what IS & what IS NOT racist.  The incident that happened to me FELL INTO THE GREY & the fact that the professor lied about her slamming the tablet closed on my hands & trying to take it away from me also moved the incident further into the grey & reduced my concerns to meager allegations from a student of color.

We live in post-1940s America meaning that we live in an era of colorblindness & covert racial rhetoric.  In many cases, even when racism is obviously involved, American institutions will deny that it played any role.  If George Zimmerman can murder a 17 year old Black boy in cold blood, spew racial slurs, & get away with it; then I shouldn’t be surprised that the professor would stoop so low to lying & then having the university’s policies fail to protect me or provide me any form of justice. 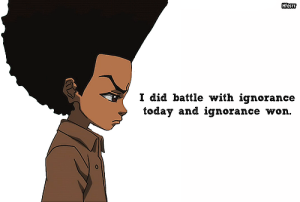 Document, document, & report.  I fully documented this incident, reported it through the proper bureaucratic channels at the university BUT they failed in providing me any justice.  I don’t have to stop there.  I have the right to report the incident to the University Police as well as to the US Department of Education.   I also have the option of seeking my own legal counsel outside of the university.  Another solution is to TELL MY STORY.  Speaking up & out about what happened gets my story heard & brings unwanted attention to the institution but atleast I was able to point out the problems of racism & I didn’t allow them to silence me.

My problems with reporting the incident to the police are quite obvious.  I am a Black woman & the campus that the incident occurred on is in a predominately White suburb WHERE I have been pulled over on more than one occasion for being Black (I was pulled over, told my tail light was out – it wasn’t *side eye*).  If criminal charges are pursued then a ticket will be issued & I will end up in court, filled with White Americans who on average, & especially in Amherst, NY are colorblind racists.  So trust me, I am NOT elated by this.

So yesterday after having met with the EDI office I felt that I battled with ignorance and ignorance won.  More than that, I battled with imperialist White supremacist racist cisheteropatriarchal capitalism and imperialist White supremacist racist cisheteropatriarchal capitalism won, it did its best to vehemently protect itself.  But truth be told, I’m not defeated, I do not feel like I have lost, I don’t feel powerless.  I don’t feel like that at all. I did feel that way for months and only recently have I felt any better about all of this.  If anything, I feel motivated, my intelligence made a White woman with a PhD so mad that she felt it was necessary to put her hands on me & lie about it.